Way back in 1977 Prince was taking his first steps towards stardom. Armed with a demo tape, his manager Chris Moon was struggling to make any impression on prospective record companies. He needed assistance marketing and selling Prince and his music.
Chris Moon enlisted Owen Husney, a local advertising agent with a background in the music business. Chris Moon approached him with Prince’s demo, and Husney immediately paid an interest. He commissioned a local photographer, Robert Whitman, to provide some portraits for a press pack to be distributed to music industry executives. 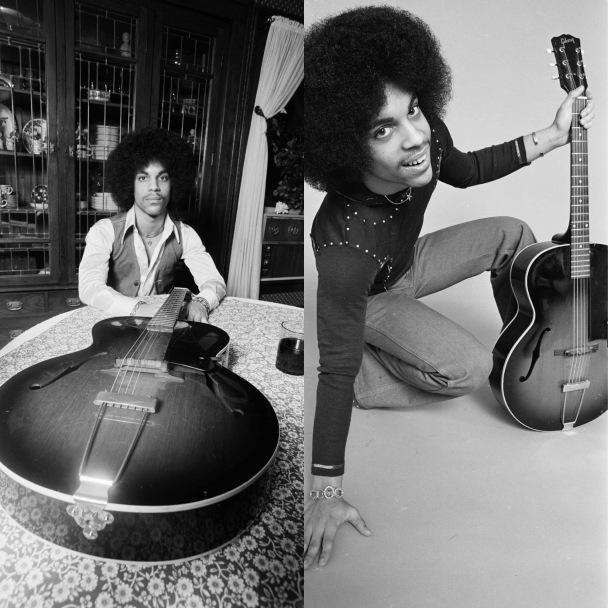 Prince pictured with the Gibson L-48 in Owen Husney’s home, and in the studio (Photos: Robert Whitman, see links)

Robert Whitman’s photos are iconic. They show a teenage Prince without the protective shell he created as he found fame. Whitman skillfully relaxed his subject enough to capture a natural smile – a rare occurance in photographs later in Prince’s career.