I love finding surprises while flicking through photos of Prince. 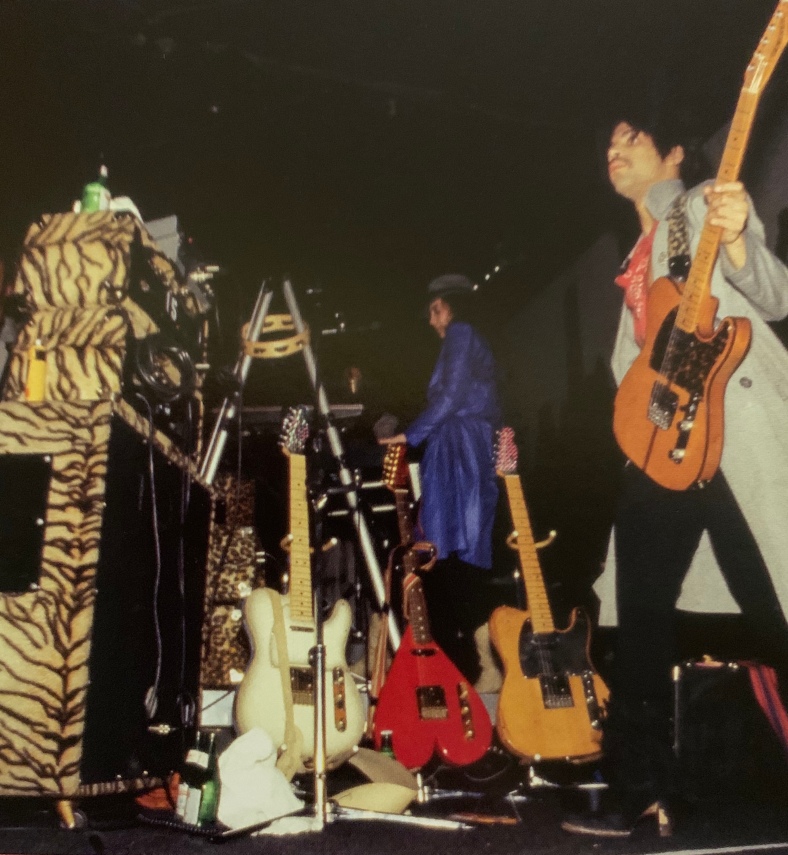 This photo comes from Allen Beaulieu’s recent book “Prince: Before The Rain”. It shows Prince and his bandmates on stage at First Avenue (at the time called “Sam’s”) in October 1981.

Prince is playing his familiar Madcat, with a number of backup guitars ready for action, including a distinctive red heart shaped guitar.

Fast forward to 2011. Andy Allo joins Prince for his European leg of the Welcome To America tour. Is that when this photo was taken, or was it later?: 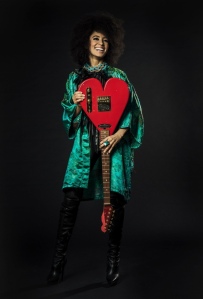 Has she been browsing the instrument room at Paisley Park by any chance?